A typical vehicle control system comprises microprocessor based vehicle control unit, associated sensors, distribution boxes, contactors, and display unit with keypad. Based on the application, the hardware and configuration of the system varies.

The CPU inside the Vehicle Control System controls the complete vehicle operation, based on the signals measured, commands received from the loco pilot. Also monitors operating conditions of on-board traction equipment and protects them against operation beyond threshold values of applicable parameters.

All modules are encased in independent enclosures and the complete vehicle control unit is enclosed in a rugged MS enclosure. It is a Mother Board based design with proper polarization of connectors on plug-in type modules to prevent accidental insertion into wrong position. 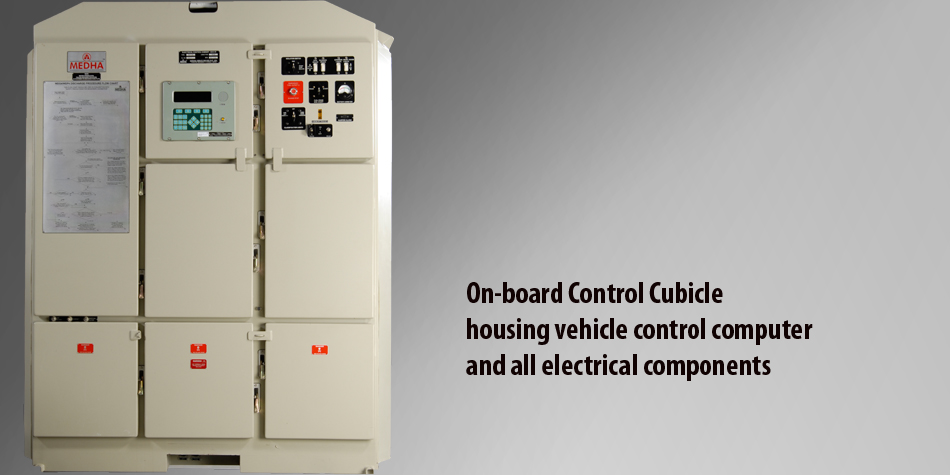