Vigilance Control Device (VCD) is a microcontroller based safety device which will automatically apply penalty brakes in case the driver is incapacitated. Similar operation is available in older locomotives in the form of Deadman’s Lever.

Installed on locomotive, VCD gives cyclic warning to the driver. Based on drivers reaction to this warning (in terms of any of the pre-defined sets of actions to be done by the driver), the system automatically resets the alerting cycle. In case, the driver fails to acknowledge the initial alert signals, a set of additional alert indications are given. Even failing to respond to these additional alert signals also will result in automatic application of penalty brakes.

Some of the pre-defined set of actions to reset Alerter cycle can include:

These pre-defined set of actions are regularly monitored by VCD system and VCD cycle is reset whenever any of the above actions takes place.

In case the driver fails to acknowledge the Alerter warning signal during initial time period (say 60 sec), an additional indication in form of blinking LED will be given for a pre-defined time. After the predefined time if acknowledgement is not yet received, an additional audio alarm is given. If the driver further fails to acknowledge the alarm, automatic application of brakes will take place and Engine is brought to IDLE speed. 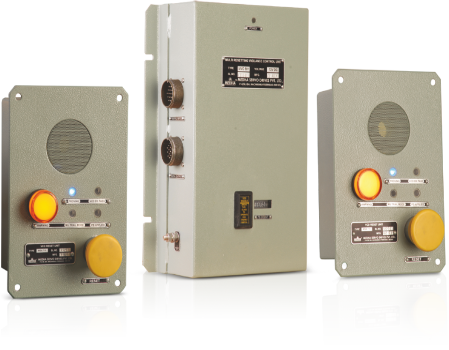